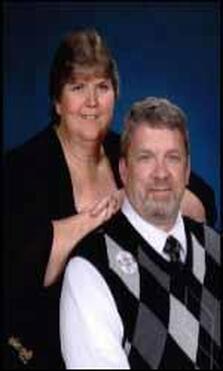 Bill and Julie Downs, founded AVIDD-Advocates for Victims of Impaired/Distracted Driving in 2014, formerly known as Victims of Impaired Driving Support Group on Facebook in 2008, after the loss of their 3 kids due to a drunk, drugged and texting driver. The driver was also killed in that crash. It was strictly an online support group for victims and survivors of Impaired Driving. The Downs' later formed two on line support groups; one for people who had lost loved ones to an impaired driving crash and the other for victims involved in an impaired driving crash and survived.

The Downs' became involved with MADD (Mothers Against Drunk Driving) as volunteers on the Mississippi Gulf Coast. After 6 years the Downs' decided to create their own non-profit where they could deal with victims on a more personal level.

The Downs' believe that God has taken the horrific tragedy of the death of their kids and turned it into a chance to make a difference in the lives of it's members and be a voice for those who do not have a voice.  The members in turn are the voice of the victims and will make a difference in society. 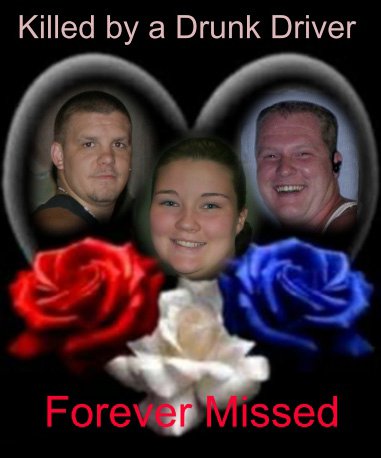 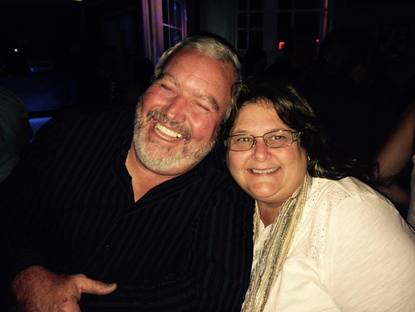 Paul (Todd) J. and Candace (Candy) M. Webb, Married September 26, 1992
Todd is a graduate of D’Iberville High and then continued his education by attending Jackson County Jr College where he obtained his degree in Diesel Mechanics.
Candy is a graduate of Gulfport High and then continued her education at Phillips Jr College where she obtained an Associate’s Degree.  Later in life went back to William Carey College and received her Bachelors of Science in Business.
Todd currently is with the Mississippi Department of Transportation where he over see’s and helps maintain our roads and highways for safety.
Candy currently is owner of Webb’s Bookkeeping Service.
Together they are owners of LifeVantage which is a burgeoning science-based nutraceutical company dedicated to helping people achieve healthy living through a combination of scientifically validated products and an attractive business opportunity. We help people become better, creating and living a legacy, and living a life of purpose by helping others improve their physical and financial health.
They have raised two boys Christopher Wayne (1985 – 2009) and Shane Water born in 1993.
In 2009 their lives were forever changed.  A BUI driver fleeing from the water patrol ran over our boy’s boat.  Christopher passed and Shane was severely injured.
They are the Co-Founders in AVIDD with Bill & Julie Downs – and together they will be the voices of all victims of this senseless crime.
Candy is a writer/contributer to her first book contribution, Grief Diaries 'Shattered'.

Candy and Todd are also working towards “WEBB’s LAW” with the help of AVIDD
​
WEBB’S LAW
“Boating Under the Influence of Alcohol causing Death and/or Bodily injury”
Currently Boating under the Influence carries a maxium 10 year sentence while DUI carries a maximum 25 year sentence for the same crime.  Webb’s Law  is to  establish equal penalty for equal crime, whether on land or water.
​ 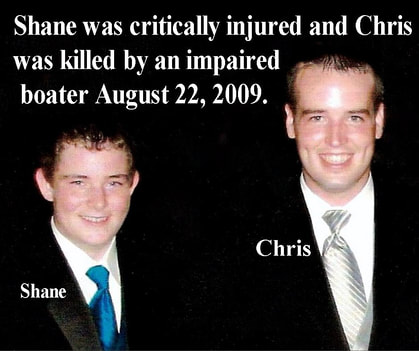 AVIDD VOICES was created by the Downs' to educate the public and individuals that have been ordered to attend the meetings conducted by AVIDD VOICES. The meetings are hosted by the Downs' and volunteer victims. Victims that have been affected by Impaired and Distracted Driving. The victims have either lost loved ones, been themselves injured or someone they love has been injured by an Impaired or Distracted driving crash. Some of the guest speakers at these meetings are First Responders, i.e. Firemen, Law Enforcement, Paramedics, etc. These meetings will be conducted in a timely manner to make a change in the way attendees that have been arrested think about the effects of driving impaired or distracted. Hopefully when the attendees leave these meetings they will have a different outlook on the dangers of driving impaired or distracted.
Powered by